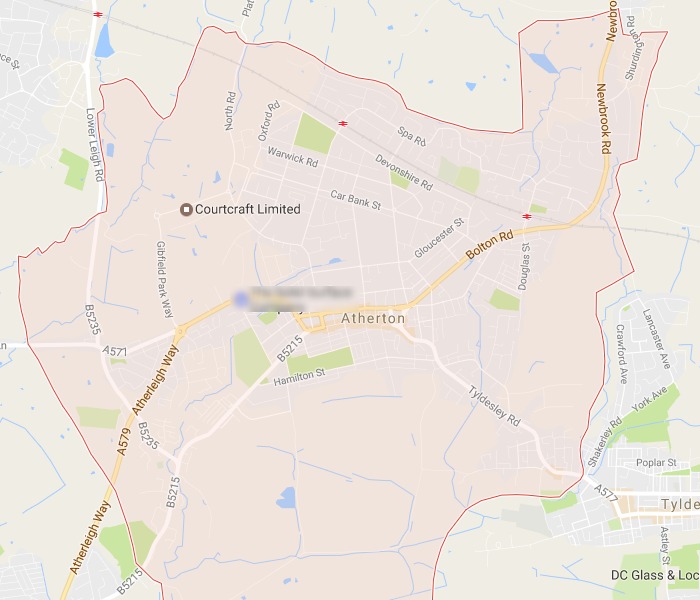 Atherton (pop. 20,300) is a town within the Metropolitan Borough of Wigan, in Greater Manchester, England and historically a part of Lancashire. It is 5 miles (8.0 km) east of Wigan, 2 miles (3.2 km) north of Leigh, and 10.7 miles (17.2 km) northwest of Manchester. For about 300 years from the 17th century Atherton was referred to as Chowbent, which was frequently shortened to Bent, the town’s old nickname.

Along with neighbouring Shakerley, Atherton has been associated with coal mining and nail manufacture since the 14th century, encouraged by its outcrops of coal. At the beginning of the 20th century the town was described as “the centre of a district of collieries, cotton mills and iron-works, which cover the surface of the country with their inartistic buildings and surroundings, and are linked together by the equally unlovely dwellings of the people”. Atherton’s last deep coal mine closed in 1966, and the last working cotton mills closed in 1999. Today the town is the third largest retail centre in the Borough of Wigan; almost 20% of those employed in the area work in the wholesale and retail trade, although there is still some significant manufacturing industry in the town.