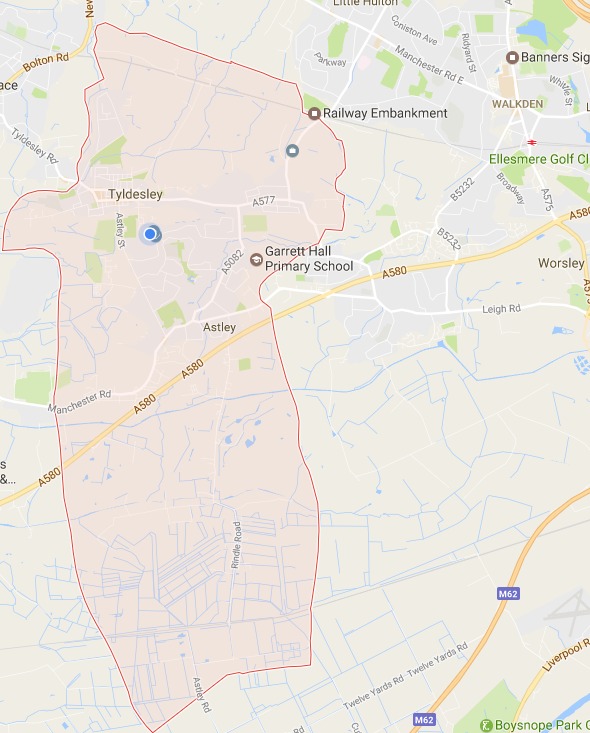 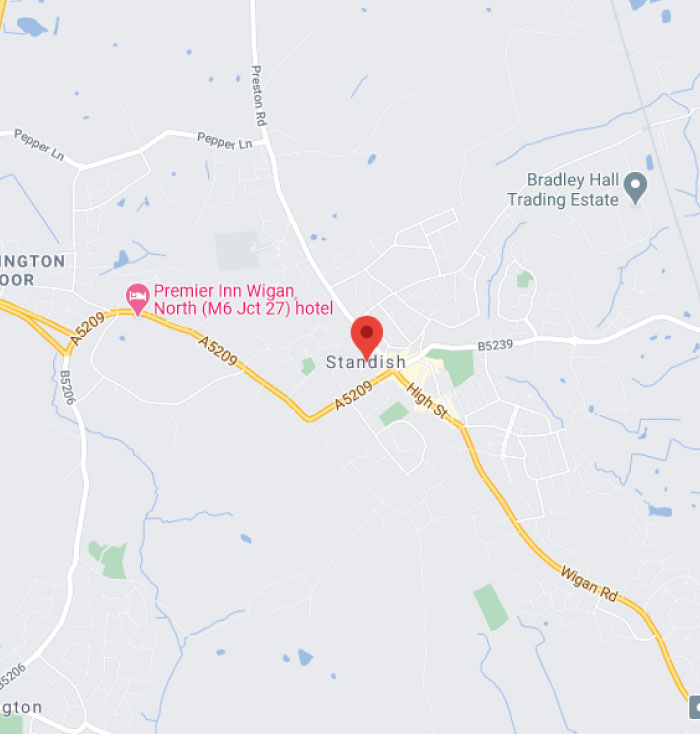 Standish is a town in the Metropolitan Borough of Wigan, Greater Manchester, England. Historically in Lancashire, it is on the A49 road between Chorley and Wigan, near Junction 27 of the M6 motorway. The population of the town was 13,278 in the 2011 census.
The parish church of St Wilfrid’s in the center of Standish

Formed around a crossroads, the village has grown as urban expansion between Manchester and Liverpool extends outwards. St Wilfrid’s Church is a Grade I listed parish church.

The name Standish is derived from the Old English stan, meaning stone, and edisc, a park or enclosure. It has been variously recorded as Stanedis in 1206, Stanediss in 1219, Standissh, Stanedich and Stanedissh in 1292 and Standisch in 1330. The adjoining village of Langtree was recorded as Langetre in 1206 and Longetre in 1330.A Roman road passed through the township.

Standish and Langtree were part of the Penwortham barony in the 12th century, and between 1150 and 1164, Richard Bussel, Lord of Penwortham gave them to his brother-in-law Richard Spileman. In 1212 Thurstan Banastre held them and later they were held by William de Ferrers Earl of Derby, and then by ‘the lords of Leylandshire’. The tenants adopted the local surnames, Standish and Langtree.